Limited space is available for the 2021-22 school year - contact the Admission Office today. 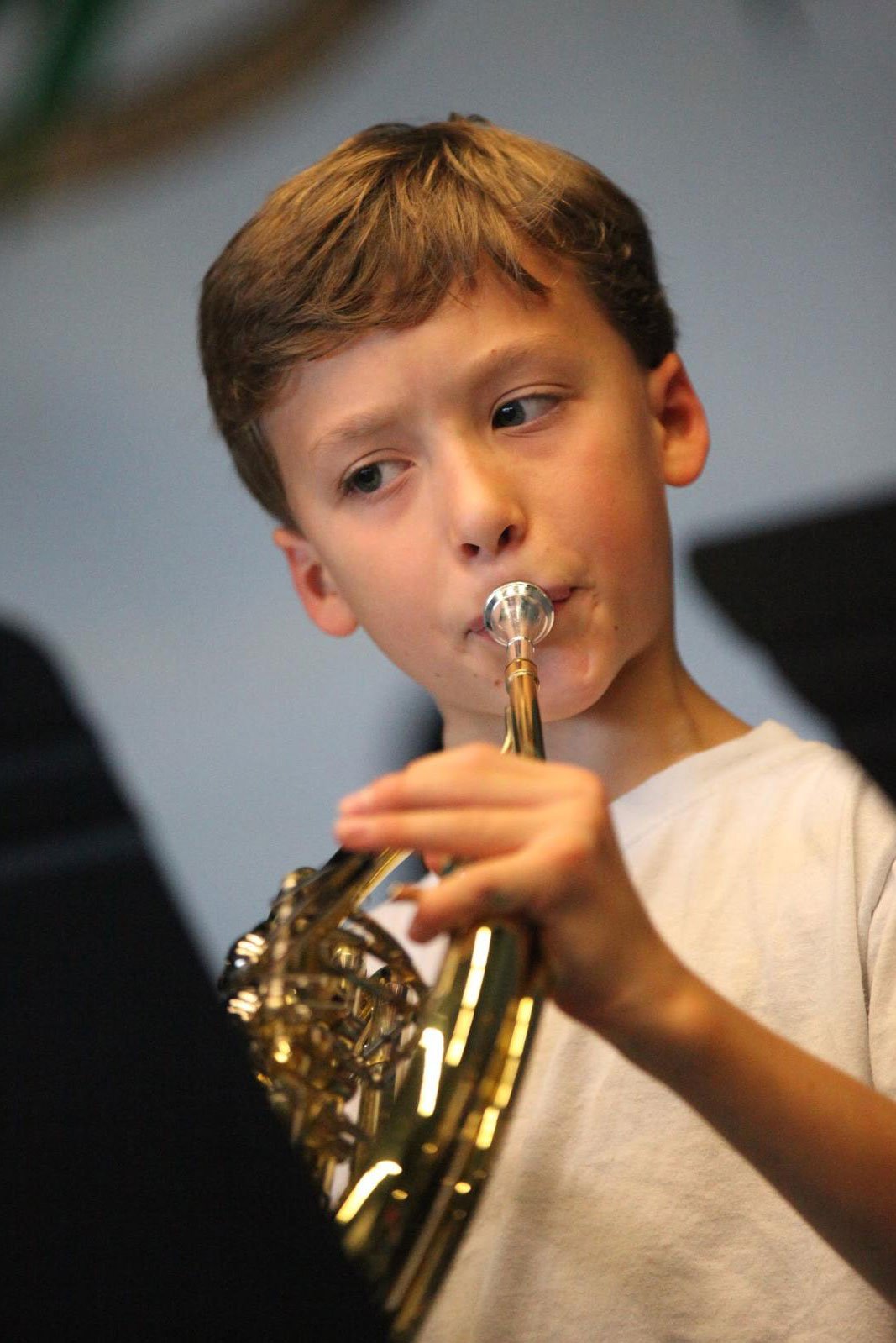 “There is no shame in where kids are on their trajectory; they learn when they’re ready, so all kids feel successful. The emphasis is on individual mastery.”

Oak Meadow’s Upper Elementary program provides for the unique developmental threshold at which fourth through sixth graders find themselves. While their social and academic growth advance at different rates, students are challenged intellectually in a comfortable, supportive environment that fosters confidence and independence. Children solve problems, synthesize information, work collaboratively, think critically and analytically, and effectively communicate their ideas verbally, in writing, and through project-based work. A well thought-out day allows for individual pacing, personal attention, and time for focused processing and application of new knowledge.

Prior attendance at a Montessori school is not a prerequisite for admission. 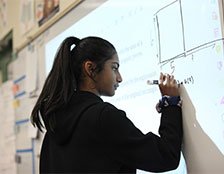 The Upper Elementary language curriculum fosters the growth and development of receptive and expressive language. Students continue to develop skills in essay writing, stylistic writing, research and report writing, creative writing, and analytical and critical thinking. Sentence analysis and diagramming using manipulative grammar materials continues through the language curriculum. Choices of literature complement other areas of the Upper Elementary curriculum including history, cultural studies, and social skills. Comprehension, reading aloud, and group discussion skills are reinforced, and techniques for literary criticism are introduced. Each student completes an in-depth research project on a topic of personal interest that culminates in a written report and presentation to the community.

The Upper Elementary history curriculum is a three year cycle which covers each of the seven continents and consists of three basic units:

The Upper Elementary science curriculum is a three year cycle that is designed to provide an overview for students of botany, zoology, and human biology which will be explored in more depth in Middle School.

Upper Elementary students use the scientific method to design their own experiments to present at the Oak Meadow Science Fair held each spring. In addition, sixth grade students may continue to regional and state level science fairs.

The Upper Elementary geography curriculum is a three year cycle which covers each of the seven continents and consists of three basic units:

The Upper Elementary Spanish curriculum expands upon the four basic skills of language acquisition: listening, speaking, reading, and writing. Students continue to practice their conversation skills through skits and interactions with each other, and with the teacher. Card games, Lotería, and customized theme board games serve as a fun way to reinforce vocabulary and dialogue. Classes meet twice a week. The curriculum is guided by a monthly theme that may include vocabulary, reading and writing assignments, and cultural units, which include exploration of regional food and dance.

Beginning in the sixth grade, regular homework and project assignments are given. Students also begin to take quizzes to prepare them for Middle School. In addition to the expansion of vocabulary, students learn to conjugate regular verbs in the present tense, and learn to form the simple future tense. They also learn the irregular verbs ir and ser and the correct use of estar. Reading in Spanish is practiced in the classroom and assigned at home. Writing extends to include creating flash cards, making regular entries in a personal reference journal, practicing translation skills, and completing grammar reinforcing exercises.

Upper Elementary students attend art classes by grade level, once a week. Students continue to develop a deep understanding of materials and processes in order to independently pursue projects of their own design, as well as achieve competency while working on class projects. The teacher provides a foundation in which students work independently on projects of their choice. Studio Habits of Mind (HGSE) are used as a framework for further investigation and collaboration. Awareness of art history and art as an expression of culture continues to be important at this level.

The Upper Elementary music curriculum for fourth and fifth year students begins with an extended band unit in the fall term, with students learning to play wind instruments of their choice. Fourth years have a Spring unit in Caribbean music, playing and writing music for steel pan drums from Trinidad, and learning syncopation through calypso, reggae and soca styles. Fifth year students have a Spring drama unit, in which they perform a fully staged African folk tale play, in conjunction with a musical composition unit that centers around understanding modal systems, with each individual writing original music on the kalimba, a type of African thumb piano.

In addition to weekly classes, Upper Elementary students have various musical opportunities before and after the school day, including Concert Band and Concert Choir, a fully-staged musical theater production, and lessons in vocal performance and a wide variety of instruments.

Upper Elementary fifth year includes a Spring Drama Unit, in which students perform a fully staged African folk tale play in conjunction with a Musical Composition Unit that centers around understanding modal systems, with each individual writing original music on the kalimba, a type of African thumb piano.

Sixth year students can choose a half-year, double-block, drama class elective with Middle School students. The curriculum combines acting training, improvisational theater exercises, and opportunities to gain experience in theater tech areas like props, scenery, and costuming. The term culminates in the production of a full-scale play. Selections range from historical classics like Shakespeare and Commedia dell’Arte, to modern 21st-century repertoire, including an emphasis on works by female playwrights. Drama students also stage Reader’s Theater performances based on well-known picture books for the school’s younger grades. The variety of plays gives students opportunities to tackle more than one role, and thereby to expand their range as actors.

Field trips are an integral part of the Upper Elementary curriculum and include excursions to local places of interest as well as the annual overnight experience at Nature’s Classroom. Sixth years participate in an art-science focused trip to Western Massachusetts and Cape Cod in the spring. During their visit, students study and connect art and environmental science by visiting museums, Woods Hole, the National Seashore and other area establishments.

Service to the community as a practical life concept takes on an increasingly important role in Upper Elementary. As lessons in grace and courtesy continue, so does an emphasis on community service. Upper Elementary students develop a deep commitment to their community. They take on active roles in caring for their environments, setting community expectations, and supporting their larger communities within the building and outside of Oak Meadow School.

Upper Elementary students continually take care of their learning environments through daily chores and responsibilities. Students also learn to manage their time by completing homework and long-term projects such as book reports, year-long projects, and preparing for the Science Fair. They use planners to keep track of their daily schoolwork. While students do not participate in standardized testing for the sake of scores, they are exposed to test-taking skills and strategies to prepare them for high school and beyond.

Hands-on challenges that invite students to collaborate to solve real-world problems while applying the engineering design process, scientific method and their academic knowledge are the vehicles by which students experience Science, Technology, Engineering and Math (STEM). Students work in the laboratory weekly, where they use scientific equipment and their developing experience of the process to discover the world around them.

Nature-based learning is incorporated into the Upper Elementary Science/STEM curriculum. Students participate in monthly adventures, in all kinds of weather, exploring local conservation land, focusing on forest and vernal pool ecology, animal tracking and foraging. Nature-based learning experiences allow students to understand and appreciate the outdoors and to develop a sense of place within the natural environment.